Nexus Underwriting accident and health team saved 30% of their time 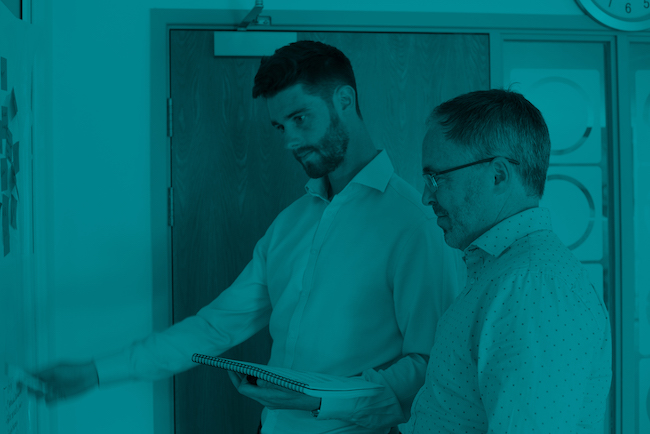 Before GIROUX, there was an over reliance on Excel which lead to time-consuming, manual processes when analysing data.
After implementation, they had a single source of data for granular and instant performance analysis.
Time was unlocked and could now be spent on value adding activities such as business development and capacity management.

Before implementing their advanced Performance MI platform, at least 30% of the team’s time was spent producing MI, this was across finance, operations and service delivery, a very resource-intensive process that would take the team away from key value-adding activities.

Hours were spent every week on the tedious process of collating and formatting data. The company was undergoing significant growth and each new on-boarded client brought with them a torrent of new data formats and reporting methods to contend with. Plus, since many bordereaux were bespoke to each broker, lots of time was spent pulling reports together.

Each underwriter had their own way of analysing data, resulting in insights which were often somewhat inconsistent and difficult to compare.

What was the company using as a work-around before using GIROUX’s services?

To collate the data, Millstream relied a lot on pivot tables and Excel spreadsheets as well as a lot of copy and pasting. The company identified that there was an opportunity to make their business more efficient by automating many of their data analytics processes.

The GIROUX platform was picked as it was clear it would be able to fill a significant gap in the business. Millstream partnered with GIROUX on the project because they were impressed by their ability to be able to draw down on the data quickly and be able to tell an insightful story with it.

How were GIROUX’s services implemented?

An initial collaborative workshop was held to understand the business and data, working with underwriters, finance, claims and the senior management team throughout the project.

It involved mapping out the data used by Millstream and identifying a mammoth 40 different data formats from 600 separate spreadsheets in the process. From this, the disjointed datasets were unified, added onto the Giroux platform and is now refreshed on a monthly basis.

Each month the platform reviews the incoming data and allocates each individual policy to one of 1,300 different schemes without any human intervention. Following this, it automatically applies over 37,000 unique commission deductions to the data to get to the correct Net to Capacity, saving the finance teams two weeks of time each month.

What were the benefits and improvements ?

Now that the GIROUX platform is in operation, every underwriting decision is being made using the platform, having a significant impact on the way the business functions.

Across the whole company, the approach to data diligence has considerably improved, creating a ‘data first’ policy across all teams and setting a standard for the quality and format of data accepted from partners.

The business is now able to gain more consistent insights and have ‘one source of truth’ when it comes to data analysis, no matter which underwriter is using the platform.

Millstream now has the ability to drill down deeper into their data, and the ability to tell a more intricate story to its brokers and partners to find out the real performance drivers in the company.

They are likewise able to measure broker conversion rates and performance, getting detailed insights at the click of a button.

It’s estimated that Millstream has saved a huge 75% of time on their data analysis process, which before would have been spent manually collating and analysing data.

What are they doing with the time savings?

The MGA has made use of the time saved by being able to focus more on value-added, non-financial functions such as compliance, regulation and bringing new business in as well as reinforcing relationships with brokers.

These improvements are only just the start: with the GIROUX platform, data can be cross-referenced and analysed in more sophisticated ways. Millstream’s plan for the future is to use the platform to take a more predictive approach by forecasting IBNR insurance claims and loss ratios so that they can make critical business decisions which will mitigate risk.

The GIROUX analytics platform is essential to our continued success. We cultivate long-term partnerships with our capacity partners and customers so timely, detailed insights that inform our decisions is essential, not to mention the time we liberate from laborious MI reporting that is better spent creating value.

Be more predictive with your insurance analytics

Find out more about the GIROUX platform and how you can attract more capacity, save time and drive profitable growth.

See what GIROUX can do for you

Let’s chat about how we can help save you time and discover insights that put you in a different league to your competitors.

Thank you! Your submission has been received!
Oops! Something went wrong while submitting the form.